The Lost Boy Shines a New Light on Peter Pan and Wendy!

You may remember a while back I did a post on a wee Scottish film called One Day Removals...possibly the sweariest film of all time.  Haha.  This film is an absolute cracker and a rarity in the fact that it doesn't matter how many times I watch it...I still end up with my stomach killing me from laughing so much. :)

Anyhoo, One Day Removals introduced me to the wonderful Scott Ironside...one of the most genuinely funny people I have ever seen on the screen.  Ever since then I've been following what he's been up too and it was with great delight that the other day he posted a link to the trailer for his new film, The Lost Boy.

Based on the masterpiece from J.M. Barrie.  The Lost Boy is a modern day adaptation of the novel Peter Pan and Wendy, set in contemporary London.

Set one night in a club called Neverland, the story follows a 19 year old boy called Peter as he meets a girl (Wendy) whose introduction into his world sets off a chain of consequences that force him to reevaluate his entire lifestyle. 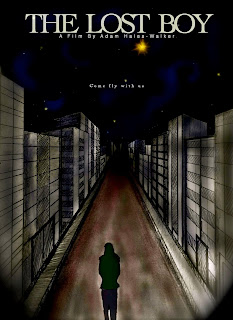 Directed by Adam Hales-Walker, The Lost Boy is one of the graduation films from BAF06 at Metfilm School...and a pretty damn wicked looking graduation film if you ask me!! :) 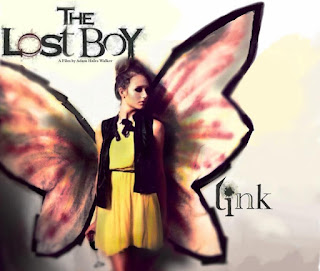