James Wan's The Conjuring Looks Super Creeptastic and is Scaring up a Fright at the MPAA!! 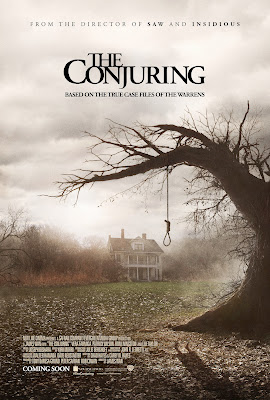 "Before there was Amityville, there was Harrisville."

James Wan is a director that I absolutely adore to bits.  The first Saw is one of my most favourite films ever.   Death Sentence is an absolute underrated cracker of a film!!   Dead Silence and Insidious are both wonderfully creepy flicks with a beautiful old school feel. Like Saw beforehand, Insidious did so well commercially that it has inspired a sequel, again written and directed by James and his partner in crime, Leigh Whannell.  The fact that Insidious 2 is still in the hands of James and Leigh, I am particularly looking forward to it!!  :) Before Insidious 2 is released however, we have another super creeptastic offering from Mr Wan, The Conjuring. 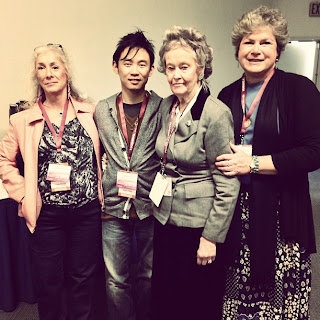 (Pictured above - James Wan with the real life ladies of The Conjuring - From Left to Right - Cindy Perron, Lorraine Warren and Andrea Perron

Based on a screenplay from twin brothers Chad and Carey Hayes, writers of the rather awesome House of Wax remake, The Conjuring is based on the case files of world renowned American paranormal investigators Ed and Lorraine Warren (pictured below) after they were called upon to help a family terrorised by a dark presence in a secluded farmhouse. 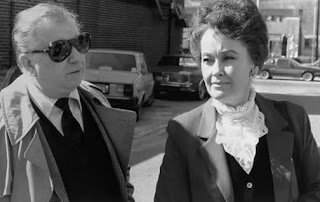 It's funny that I'm known as the torture-gore guy, SAW aside, I've been wanting to make PG13 horror films since my 2nd movie, Dead Silence!  Haha.  Scary PG13 movies that can scare the shit out of you without the reliance of blood/guts (like action films without explosions and car chases) are so much masterful and harder to pull of.  ~ James Wan

The first trailer that was released was a major tease, and definitely creepy as hell.  The second gave a bit more information about the film and the Warren's and gained extra kudos from me for having Donovan's Hurdy Gurdy Man playing at the start of it.  You can see both trailers below and join me in getting nerdy for the return of the Wan'ster in a film that would make Mulder and Scully proud!! :)


Alongside Pacific Rim, The Conjuring is definitely my most anticipated movie of the summer.  :)

You can keep up to date with the movie on Facebook and Twitter and be sure to support such an awesome flick when it comes to a cinema near you this July 19th!!

Posted by morleysaurus at 17:59 No comments: