Manflesh Monday's - My Mulder for a New Generation, The Killing's Detective Holder, AKA Joel Kinnaman! 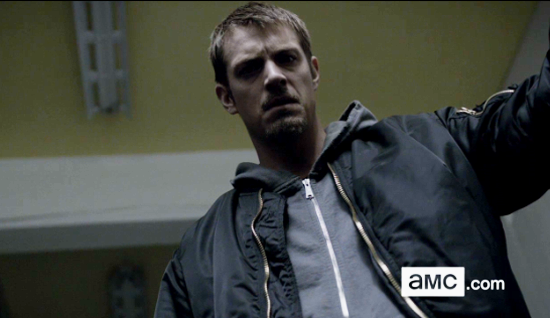 When my show's end, some have caused utter nervous breakdown heartache.  Ummm, yeah....X Files and LOST.  Haha.  I have to admit, that last night, when I finally said goodbye to Holder and Linden...knowing that this time it was for real...there was this beautiful kind of melancholy to it.  I am  not going to give away spoilers in this post, that shall be for another post, but WOW.  Just WOW!! 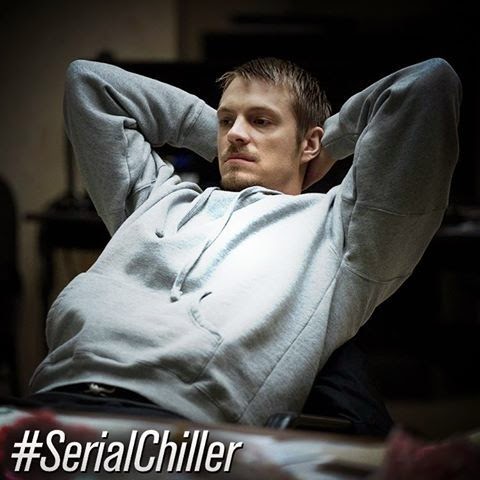 So what is it about Joel Kinnaman that made me fall head over heels in utter adoration of him?  And NOT just because he looks like THIS!! :)

I think a large part of what made me love Holder so much, is that he is such a beautifully flawed character.  He is trying to do good, and yeah, he fucks up from time to time.  That doesn't make him a bad person.  Just a human being.  He is fighting the good fight, whilst fighting his own personal demons, and those of the evils that surround him on a daily basis. 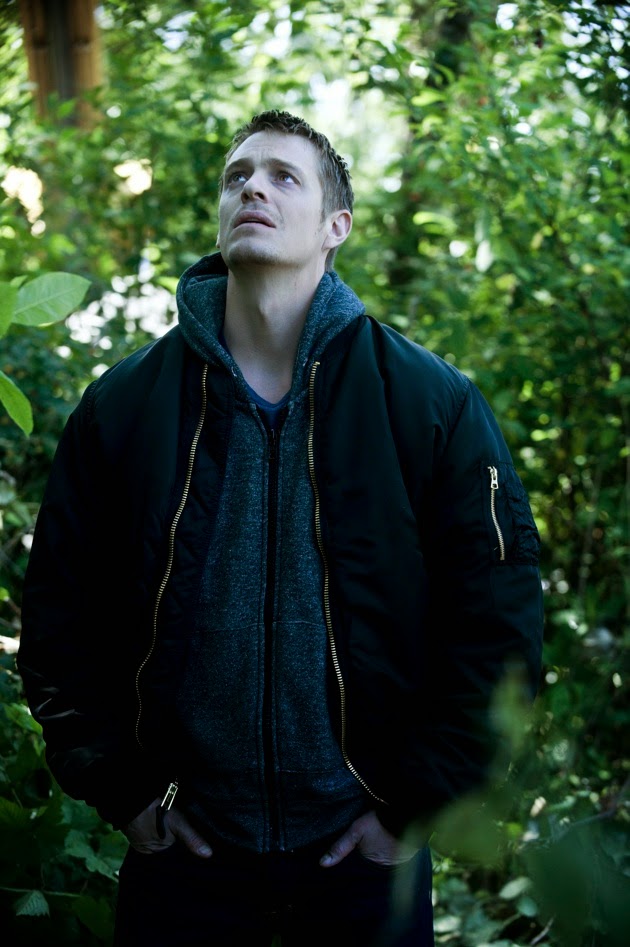 His relationship with his partner Linden, their total protection over one and other, the fact that he will do ANYTHING to help her.  I have only ever seen this once before in my life, to such a beautiful extent.  It is a comparison I would NOT make lightly.  I am of course talking about Mulder and Scully.  He will fight, and he will do anything to save her.  Just as Mulder would do for Scully.  He would risk his life, and his career for her...on countless occasions. 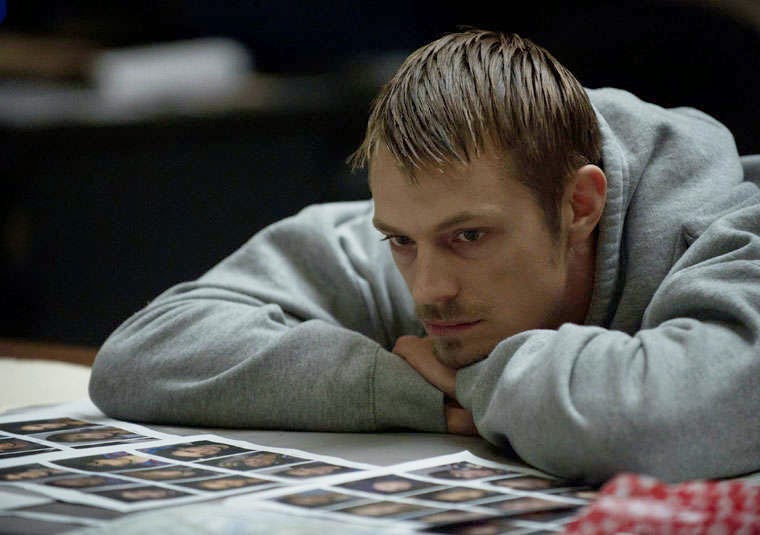 Now the Mulder and Scully comparison took a little while to build up, and it was in fact during an episode in Season 2, where Holder's life is in danger, and the clock is ticking...and I screamed at my TV, "This is NOT Happening!!"  X Philes will understand the relative weight of that statement.  From that moment on, their core  relationship became so much more and more like that which Mulder and Scully shared.  So OF COURSE I was going to fall insanely in love with him! 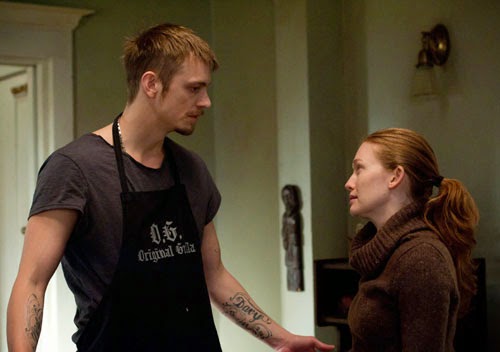 Throughout Season 3, which, in my humble opinion is one of the most perfect examples of TV, like, EVER...the shipper'ness continued.  Not even so much that I was shipping for them in the same way that I did Mulder and Scully...even though, I guess it kinda was.  I didn't want them to be with anyone else.  Haha.  What more do you need when you get to spend all day and night, sitting in a car stalking bad guys with the one person who truly gets you! 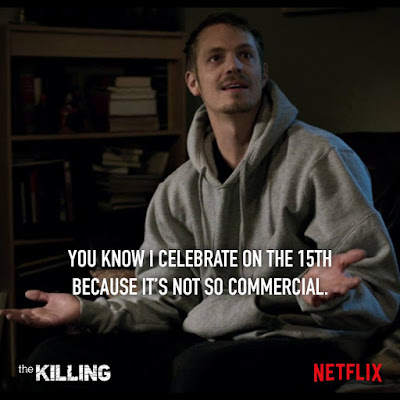 From his quirky eating habits, to quirky overall sense of humour.  Even just hearing his voice makes me sit up and pay attention.  He's just one of those naturally charismatic characters.  The way that Season 3 ends, it's on a TOTAL Mulder and Scully moment.  Can I say, ORISON!?!  Season 4 saw how Holder and Linden coped with the fallout of Linden's Scully-like actions.  And that is all I'm going to say regarding Season 4.  Well, apart from the fact that it was beautifully fucked up, and there were a few brilliant surprises, and in true Killing fashion, it wasn't all as obvious as it was made out.  :)  And I cried.  But happy tears too. 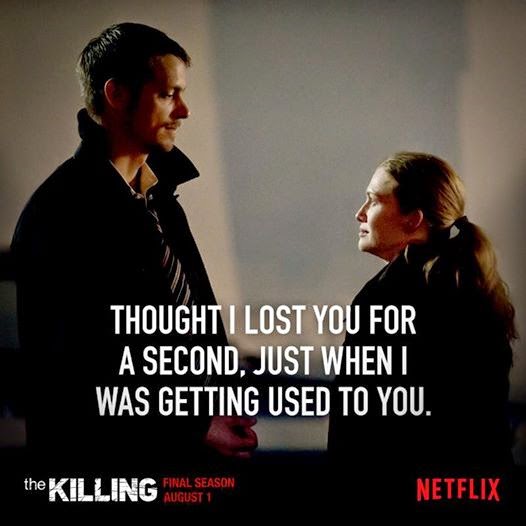 The full  6 one hour episodes of Season 4 (which makes it basically 8 episodes if it were aired on AMC) are available for streaming on Netflix.  I absolutely 142% recommend you go and watch this pronto.  And I'll be writing my total spoilerific post tomorrow.  I'm still slightly overwhelmed right now.  :) 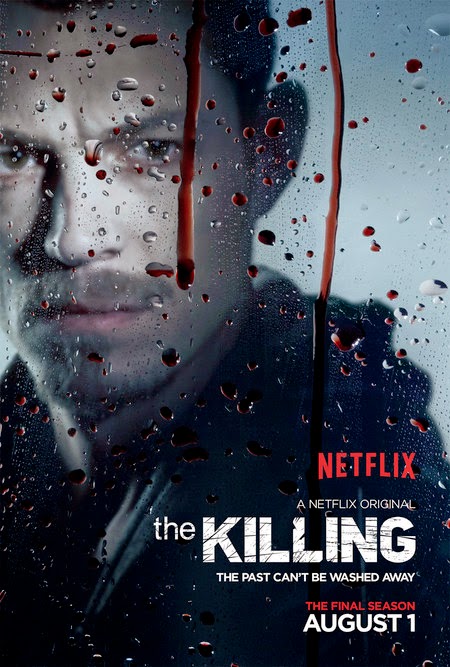 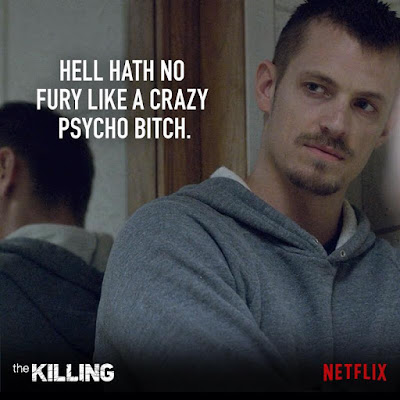